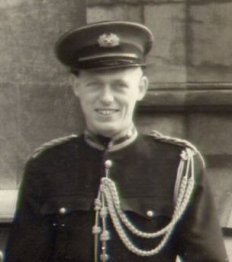 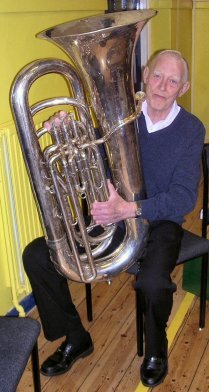 In 1955 Len got married and the band played at his wedding. They formed a guard of honour and George Peck played the posthorn at this engagement. The 1950’s and 60’s were great times for the band, with Ted Longland as Bandmaster a variety of concerts and contests were played. In the early 1960’s the band took part in a radio programme on the BBC during the time Tommy Boyes was Bandmaster. Bert Golby, the long standing band Secretary was interviewed and a piece from the ‘Sound of Music’ was played.  From 1967 – 1980 Nelson Morris was Conductor of the band – his appointment marked some changes – the title “…and British Legion…” was dropped reflecting the small number of ex-British Legion players still in the band. The band also stopped marching and became a concert style band. In 1967 the new uniforms designed by Hardy Aimes were purchased, along with a brand new set of uniforms thanks to a grant and loan from St Albans City Council. Although the band effectively withdrew from contesting from 1970 several high profile concerts were arranged including several at the St Albans City Hall (now the Alban Arena) and the Waterend Barn, where the proprietor was a Trustee of the band. Two concerts were played together with the Band of the Grenadier Guards, two with the Band of HM Royal Marines and one with the Central Band of the Royal Air Force at the City Hall between October 1969 and November 1972. It was in this period that Nelson Morris became the first civilian to conduct the Grenadier Guards band, and he made the front page of the paper doing so!
By 1975, when the final concert at the Waterend Barn was held on 3rd February the band was basically going downhill. After Nelson Morris retired in 1980 the band lost a lot of players from both retirement and the fact that the band went through a number of mediocre conductors very quickly. Len recalls how for much of the 1980’s he was the only Bass player. It was only due to the commitment and forethought of a few players at this time that ensured the band survived for the future. Since 1998 the band has developed beyond everyone’s expectations – Len could have scarcely imagined in 1970 the massive changes that would occur in the band over the next 36 years – we are now at about the same position as the band was in 1970 – and Len has been here every step of the way!
Nick Doolan 10th January 2006