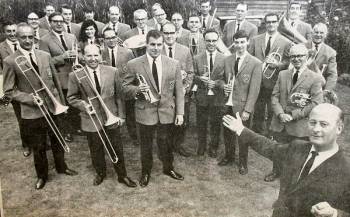 St Albans Band are seen here in 1967 after purchasing their new uniform jackets and instruments with a grant from St Albans City Council. 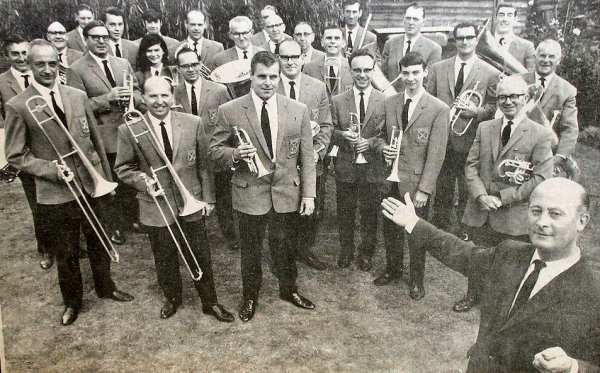 Designed by the haute coiture designer Hardy Aimes, these oatmeal jackets were supposedly the height of fashion at the time, although today one would probably just think of them as another lot of beige jackets!

Below is the more formal picture taken on that day which contains several fewer people than the one above. Kindly loaned to me for scanning by Dave MacDonald. 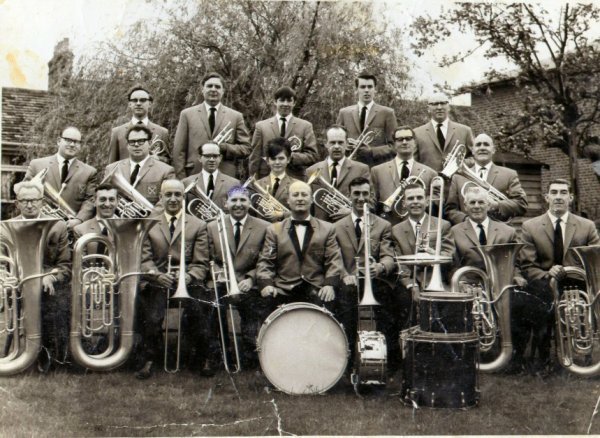