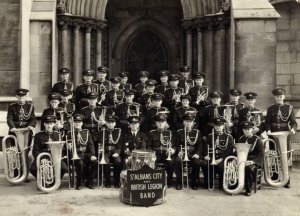 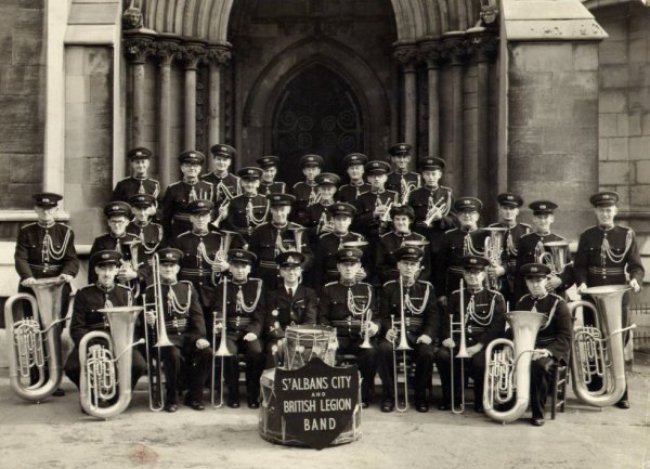 After the Second World War, the two main bands in the city amalgamated to for the St Albans City and British Legion Band. Players from each got together to form a viable banding force in the city and some members from the British Legion band, including George Peck and George Wright remained in the City band until the mid-1970’s.

By the 1950’s the band wore these rather fetching ex-Police uniforms with the addition of gold braid to add some interest to the dark cloth.

The second picture reveals the full ‘Dixon of Dock Green’ horror of these uniforms, especially the one worn by Ted Longland in the centre of the picture! 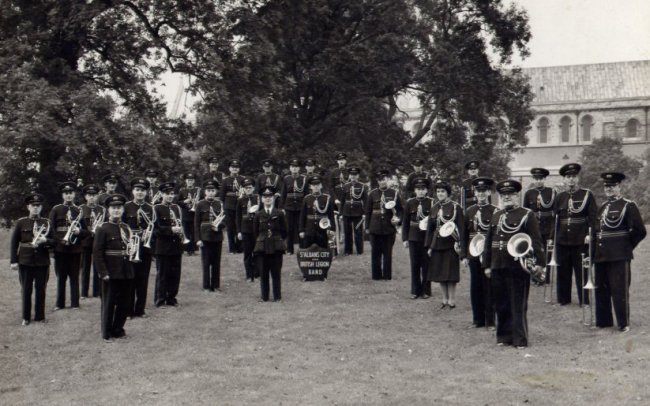