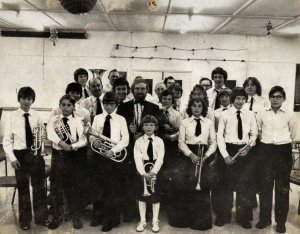 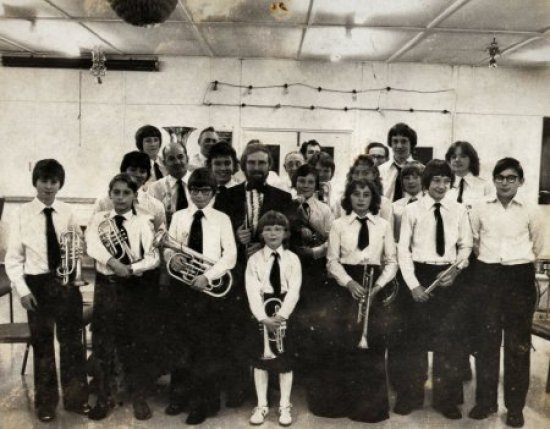 The band was formed to train and encourage school leavers to continue playing when they left school, although the band started with only eight of Mr Waddington’s pupils, it quickly grew in numbers to full strength, although new players were always welcome.

During the band’s first year they played at nine concerts mainly at hospitals, old folk’s centres and fetes. They were also very active during the Christmas carolling festivities.

The band have a very active supporters club, most of them being parents of the younger members. A jumble sale was held which was a great success, other fundraising activities included a Christmas draw from which a soprano cornet was purchased.

The band purchased over £100 of music, and the aim was to purchase two basses, a flugel horn and tenor horn with money raised from fundraising.

After this helpful resumee from Arthur Waddington in the Spring of 1979 little more is heard of the Training Band. There is mention of them in the minutes of a meeting from September 1979 but I have found nothing after that. The photograph on this page is believed to have been taken at Napsbury Hospital and shows the Training Band probably at Christmas 1978 or 1979. The only faces that I can identify on it are Arthur Waddington (Conductor), Len Smith (Bb Bass – back row left) and Charlie Horsley (Cornet – to Arthur Waddington’s right). All of the young people are unidentifiable, so I urge anyone who is in this picture, or who can identify any more faces to please contact me!