St Albans City Band are keen to hear any information people may have on an arson attack that has destroyed virtually all of their music library. 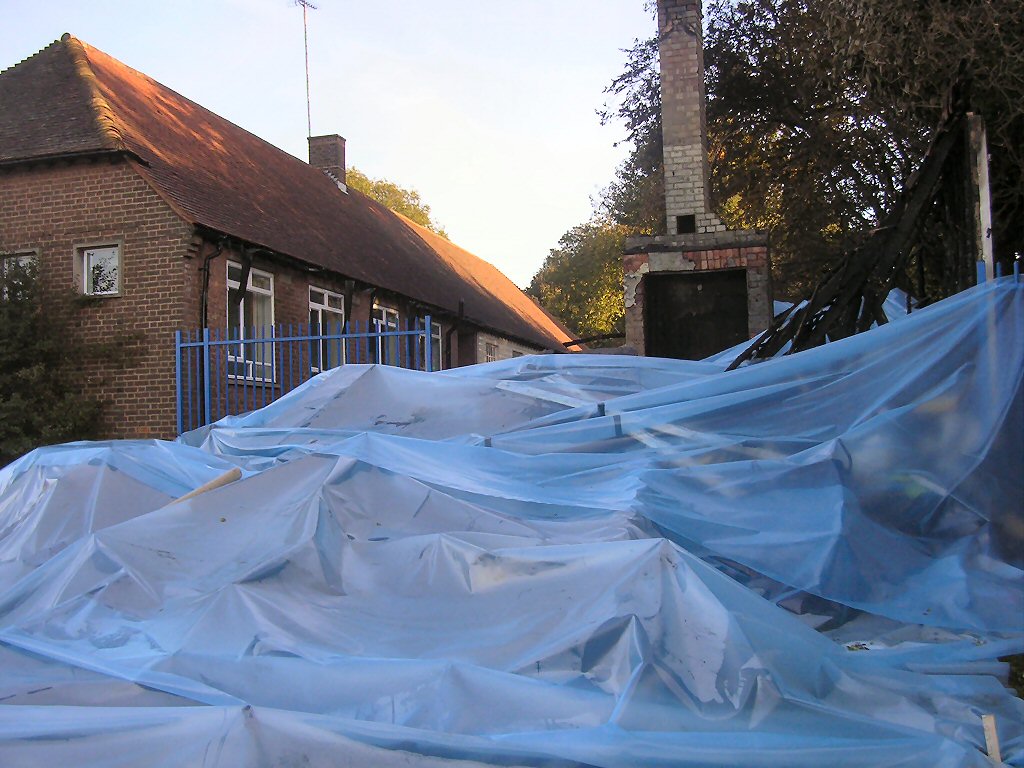 The Band’s music library was stored in part of their practice venue, St Albans Music School on Townsend Drive in the City when on the evening of Thursday 26th October a fire was started within the store which resulted in the store shed being raised to the ground. Although most of the music was stored in filing cabinets the intense heat of the fire scorched and burnt many of the pieces, and those that did manage to survive the fire are now contaminated with asbestos from the roof of the store room and will have to be destroyed. The ruins of the building are now covered in plastic sheeting to stop any more asbestos escaping and the surviving music is encased within this. Band Librarian Alan Alexander simply described his feelings as “…gutted…”. Many of the lost parts included rare manuscript copies of arrangements which had been done especially for the band and also many out of print parts some over 100 years old. The band has been in existence for 114 years and the library reflected the many guises of the band – many thousands of music parts have been lost in just a few hours – the Band now owns 128 playable pieces of music out of a total of 1827 that were in the library.

The band is determined that this loss will not cause any setbacks to their Christmas programme – thanks to the kind offers of a number of other local bands it is hoped music can be borrowed so that all planned engagements can go ahead.

Anyone who can shed any light on the cause and perpatrators of the fire is invited to contact the Band.