St Albans City Band’s Musical Director Phillip Littlemore stood down from his position at the end of June 2017 after 8 years at the helm of the Band. Originally asked to cover only one engagement in the Summer of 2009 Phillip had led the Band since that time with great enthusiasm and commitment. Phillip has now moved to the Isle of Wight where he says he intends to have nothing to do with brass bands – but we struggle to believe that! 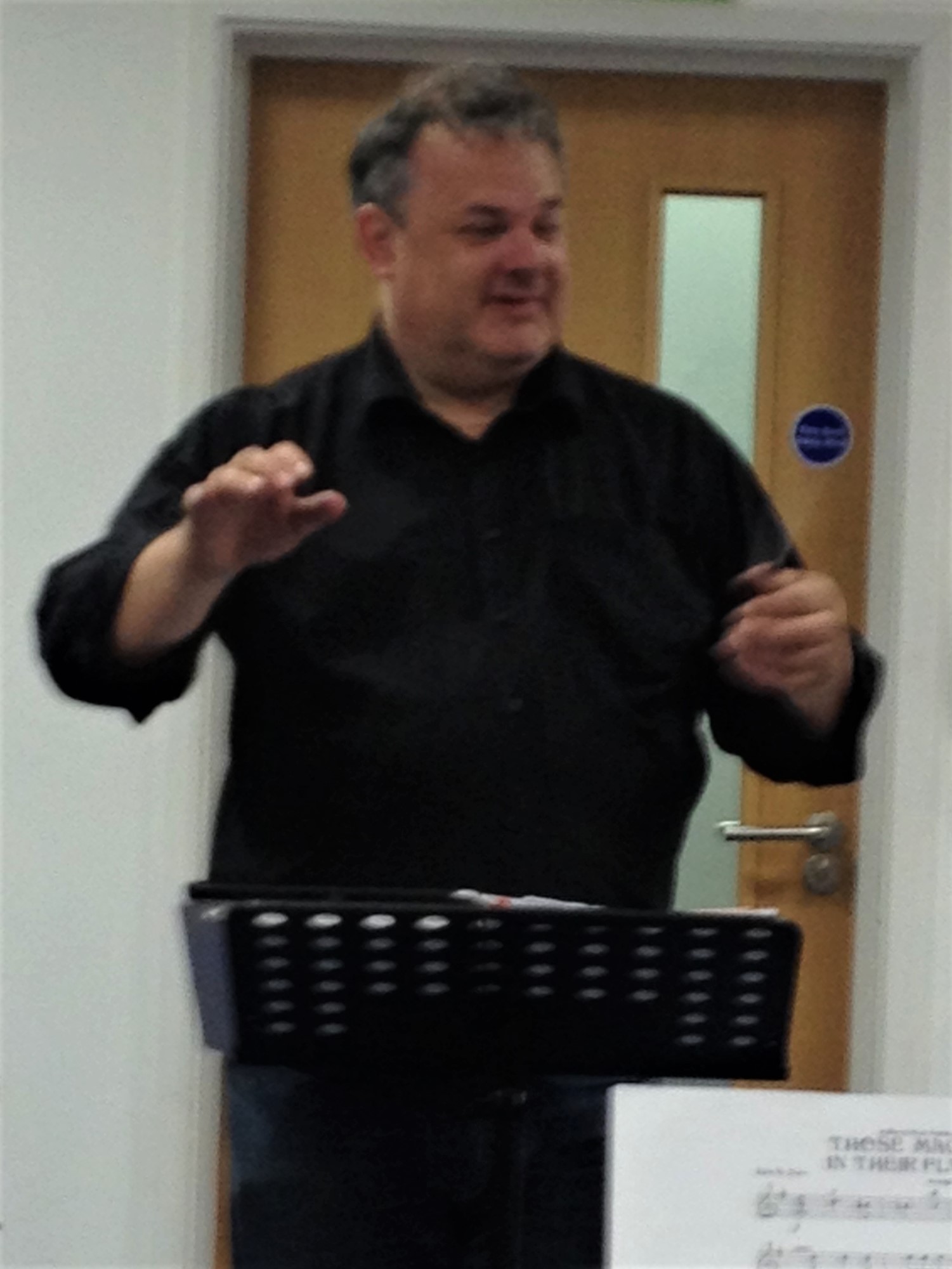 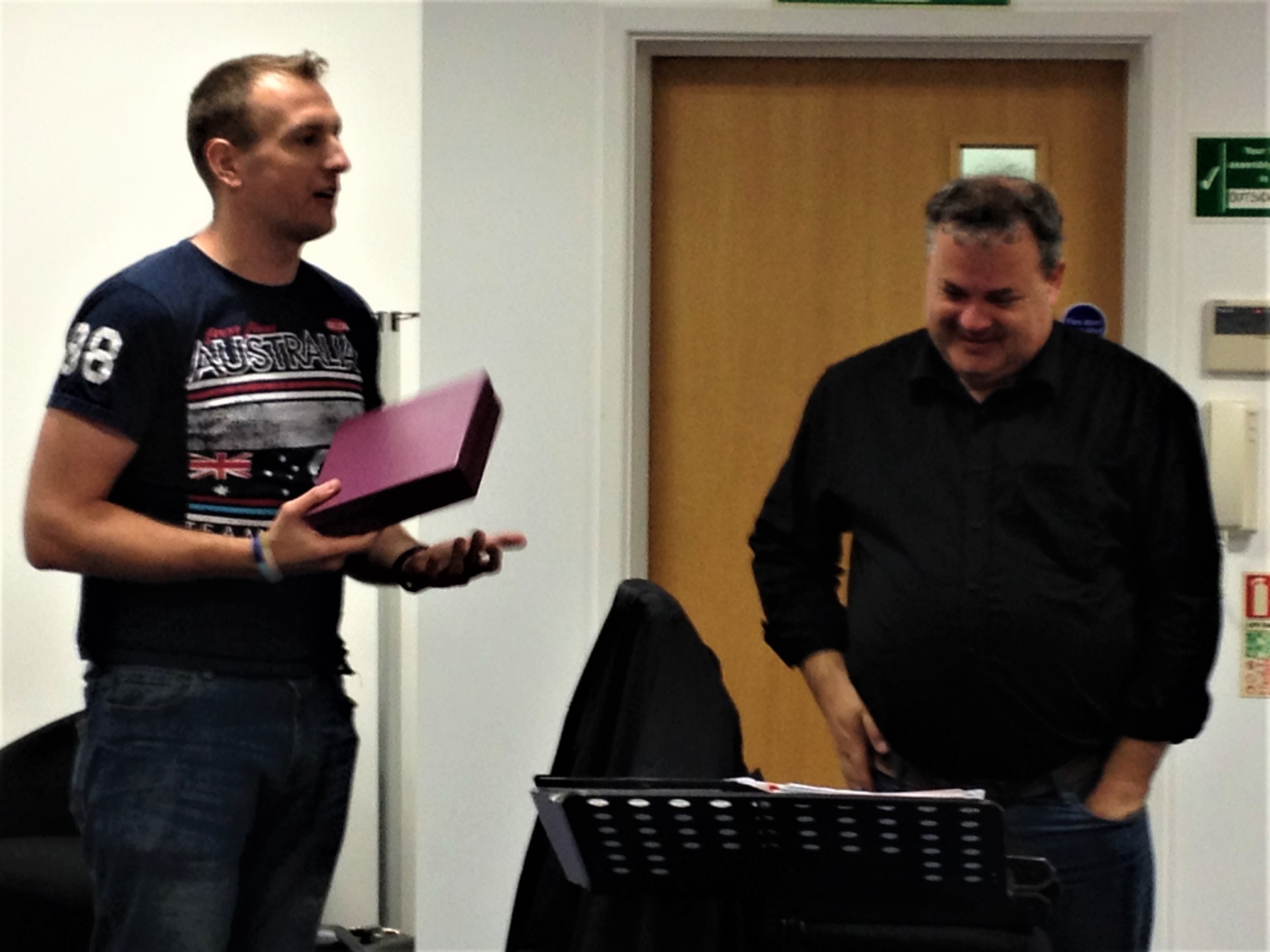 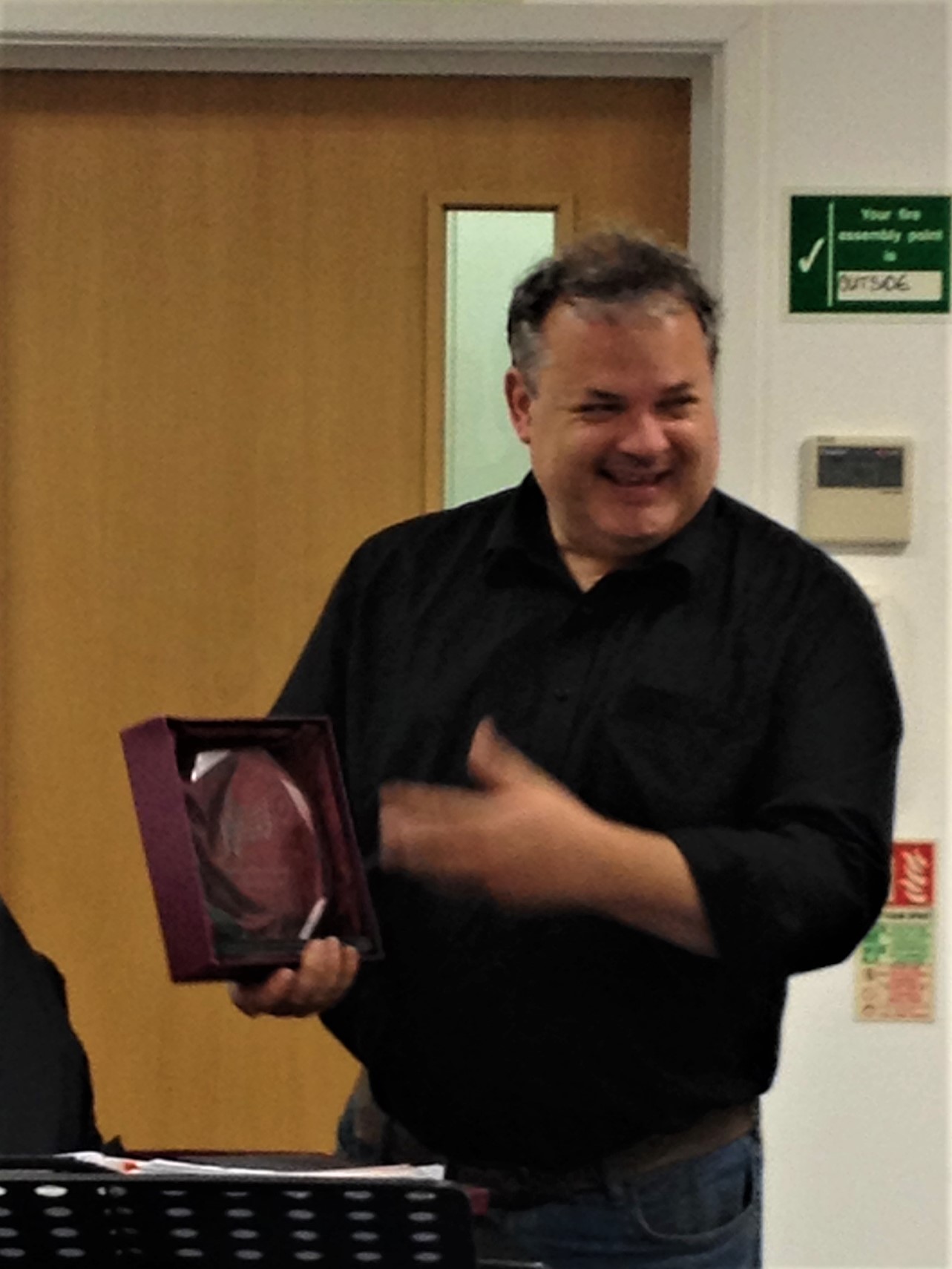 Phillip shows off his new glass paperweight to be used to stop all those new arrangements he’ll be doing in the Isle of Wight from blowing away in the sea breeze!