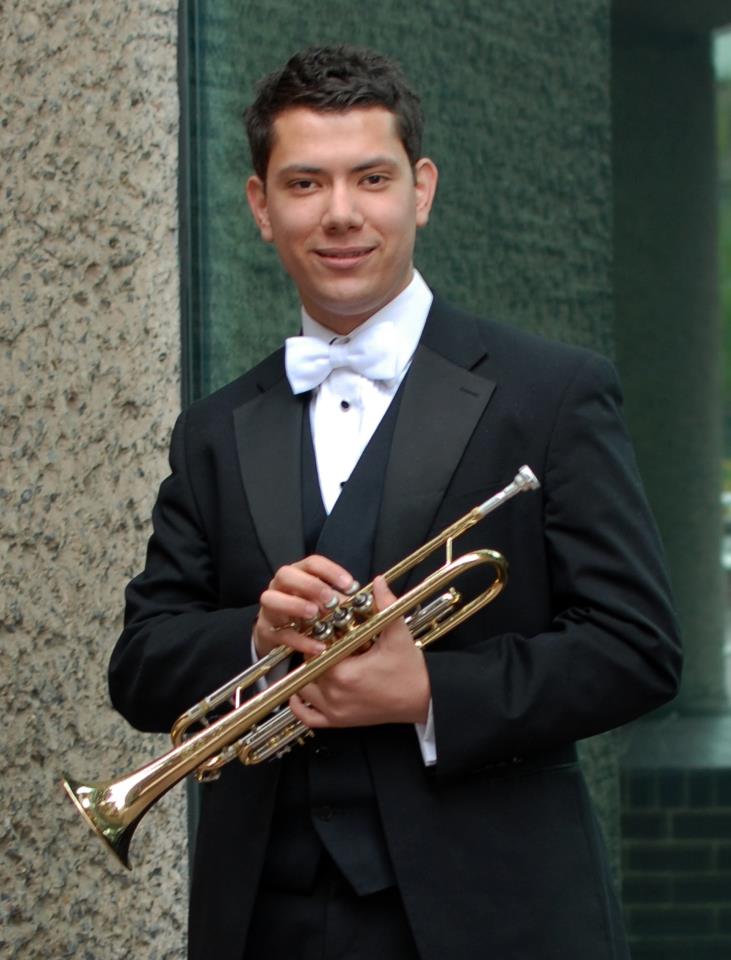 Welcome to John Campbell who is our new Musical Director appointed in November 2017 after several months of auditions.

John is already well known to a number of players in the Band having previously been separately Principal Cornet and later Musical Director of the Welwyn Garden City Band and latterly London Metropolitan Brass.

John attended the Purcell School and later completed a LRSM in Music Performance from the Royal School of Music and a Postgraduate Diploma in Music Performance at Trinity College of Music under the tutelage of James Watson and Robert Farley among others having previously been taught by James Watson for over 10 years. His brass banding experience has consisted of, among other things holding the position of Soprano Cornet with Brighouse and Rastrick Band and the Principal Cornet of the Yorkshire Imperial Band as well as Musical Director of a number of other amateur brass bands. He also has considerable orchestral and solo performance experience.

John is currently a freelance music teacher and professional musician based in North London and we look forward to him taking the band forwards.

If you are a player who would like to come down and enjoy one of John’s rehearsals, just contact us.